'It should be a head' - Polly's birth story

Today Polly turns 5 months old! I love reading a birth story, so I thought it about time I shared hers...

Sunday 26 November. Six days before my due date and it felt like any other day in the last few weeks of pregnancy. You wonder if today will be the day, but then you realise you've felt like this for the last 27 days. Marnie was 11 days early, so I'd convinced myself if this baby wasn't that early it would be really late.

We'd booked tickets to take Marnie to the cinema that morning. We went to see Olafs Frozen Adventure, the Frozen short and after that the full film was shown. We gave Marnie her compare the meerkat Elsa to take with her, a toy she'd had for a while but not been interested in, however Elsa Meerkat has not left her side since.

We had a lovely time at the cinema, we ate chocolate and had lots of cuddles. After the cinema we went home. Marnie had a nap and I can't remember what I did. Probably had a rest, watched some telly. When Marnie woke up we went to B&Q to choose some Christmas lights. While we were out I felt a bit strange and very tired like I just wanted to sit down and rest. 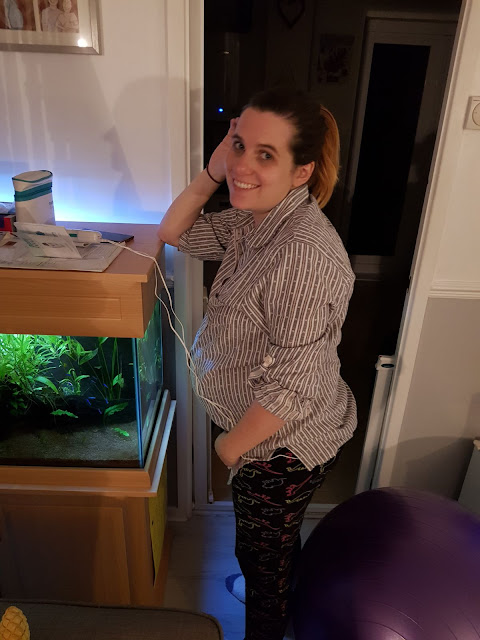 We got home at 4pm and Sam started tidying the house like a mad man. He didn't say anything about it, he just did it (he told me afterwards he knew I was going to go in to labour - it appears he has the nesting instinct!). Then at 4.30 I went to the loo and had a show, followed quickly by what felt like a contraction. I sat in the bathroom and cried for a bit. All of a sudden I felt really sorry for Marnie. I think it hit me that by having another baby we were changing her whole world. Eventually I came downstairs and told Sam what was going on and cried some more and wouldn't stop cuddling Marnie. We decided to call my Mum straight away, even if this wasn't going to come to anything a sleepover at Nanny's would be a nice treat.

I remember trying to sit on my ball for a contraction but it was super uncomfortable. Marnie was watching me and was obviously worried so bought me a toy carrot. It was the sweetest thing. My Mum collected Marnie at about 17.00 and I called the labour line straight away. At this point my contractions were around 4 minutes apart. I told them this and I told them my labour with Marnie was quick. They advised that the home birth team would be notified and to call back when I was having 3 contractions in 10 minutes.

My labour was so strange, it felt so different from Marnie's. The pain was so intense and I couldn't sit down. I kept doing my breathing techniques and it wasn't long before my waters broke and contractions sped up.

We called the labour line at 17.45 and were told a midwife would be there in 10 minutes, if we needed anything in the meantime we were to call 999.

About 15 minutes passed and I told Sam I needed to push. He learnt from my first labour than when I say that I need to push I'm not lying and the baby is coming. At this point there was no sign of a midwife so we called 999. For some reason Sam used the landline to do this, which has no speaker phone so just picture the remainder of this story with Sam doing everything he has to do one handed or with a phone wedged by his ear! I should also say that Sam is possibly the most squeamish person I have ever met. How he managed to do what he did and stay calm still amazes me.

So at this point I think my body had taken over and I was pushing. I could hear Sam saying 'I can't tell what it is it's just a white bump'. Then all of a sudden I hear 'oh that's poo, I can see a bum'. I'm sure at this point I shouted 'it should be a head!!!!' At the time that was probably a terrifying moment, but looking back now it makes me laugh!

Then out pinged one leg. It sounds strange but it literally did ping out. At this point all timings go out the window. I don't know how long there was just one leg there but it felt like a long time. I was trying to push and eventually the two arms came out.

The Baby wasn't moving, Sam was holding onto it and I kept hearing him tell the call handler it wasn't moving. He kept telling me to push but my contractions had stopped. I remember learning about how adrenaline causes your body to go into fight or flight. At this crucial moment my body decided, nah I'm not into this now I am going to stop contracting. I kept trying  to push but it's so hard when you're not contracting. It's the strangest most frustrating feeling.

Suddenly, Sam said 'how am I going to answer the door?' The midwife was almost with us but he was holding our almost born baby! I held her while he went to the door and the midwife came running in with him. She turned me round and gave Sam her car keys and told him to get the breathing equipment out of her car. She told me we needed to get the baby out fast. Somehow I managed and this baby was now laying on my living room floor, white as a sheet and not moving. I didn't even look at the gender (obviously Sam had known for ages that we had a girl but he was so worried that he didn't tell me) I just kept asking if my baby was ok. The midwife gave the baby 4 resuscitation breaths and then she cried. She turned pink and cried. Then I took in the fact that we had another girl and that she was fine! 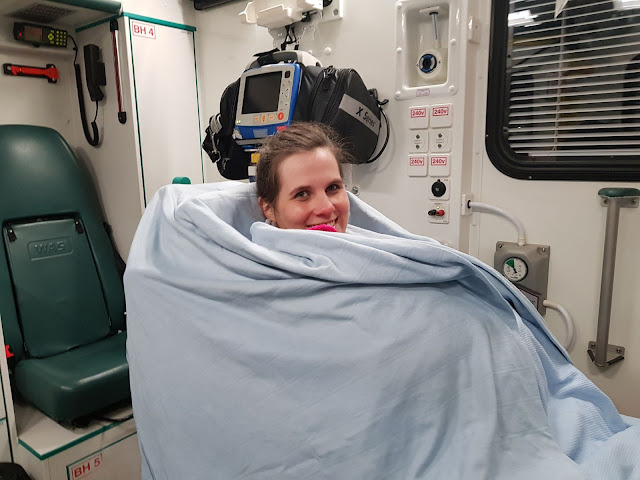 The house was then full of people. We did need to go to hospital though. Another midwife turned up (and bless her stayed to tidy up the carnage in our house after we went to hospital), a first responder came in to see the baby even though she wasn't needed any more and 2 paramedics came in and were swiftly sent back out to warm up the ambulance for us to head to the hospital. It turns out that's along with the 2 midwives, 2 ambulances were sent as well as the first responder.

We stayed in hospital for almost 24 hours. We had to wait for the midwives to contact the 999 call handler to find out what time Polly was born as no one knew! She was born at 18.36 on 26 November, meaning my labour was 2 hours. 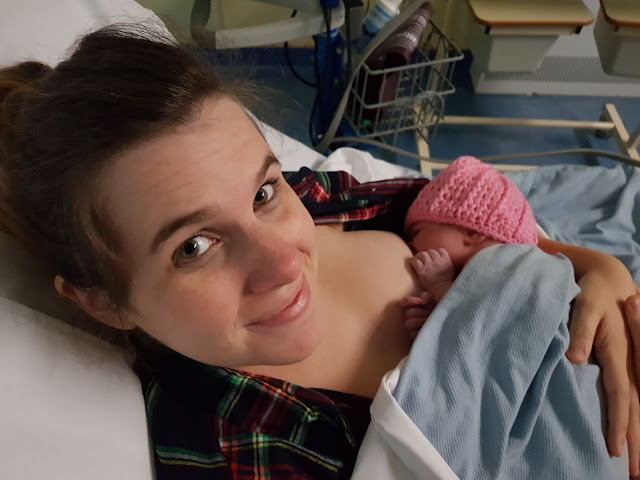 I would love to thank the person that answered the phone to Sam that evening and the midwife that arrived in to one of the rarest situations possible and sorted us straight out - she even came to see us in hospital the next day, and then came round a few days later for some breastfeeding support.

The nature of Polly's birth is so so so rare, the chances of having an diagnosed breech baby are so small (only 3% of babies are breech at term) and having a home birth with no midwife is so rare. 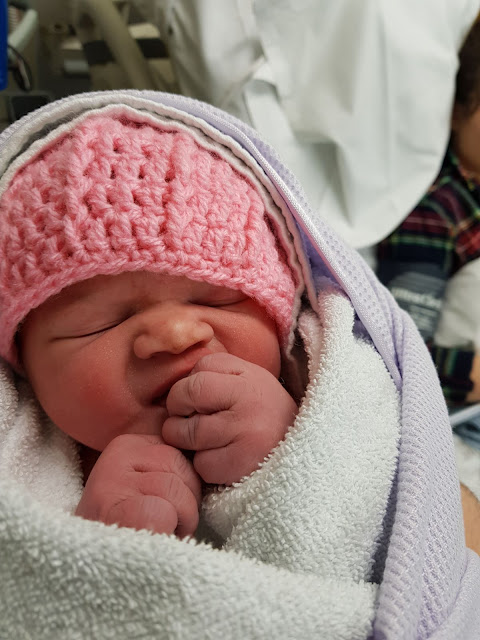 I'm not sharing my story to scare anyone. I feel it is so important to share birth stories, especially positive ones. Even though so many things could have gone so wrong I still feel very positive about Polly's birth and I would consider a home birth again in the future if we were to have any more children! 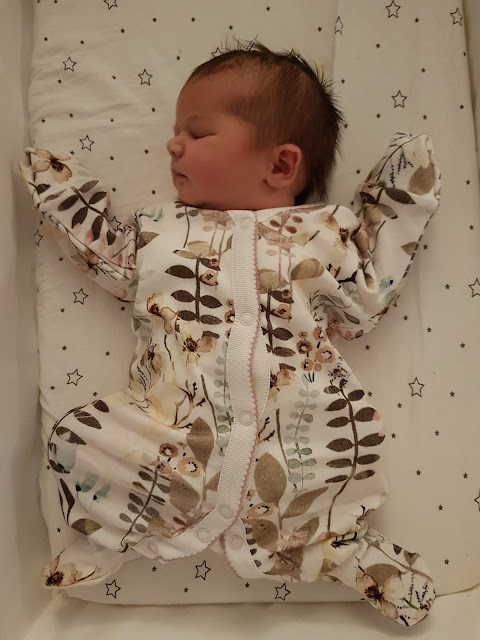 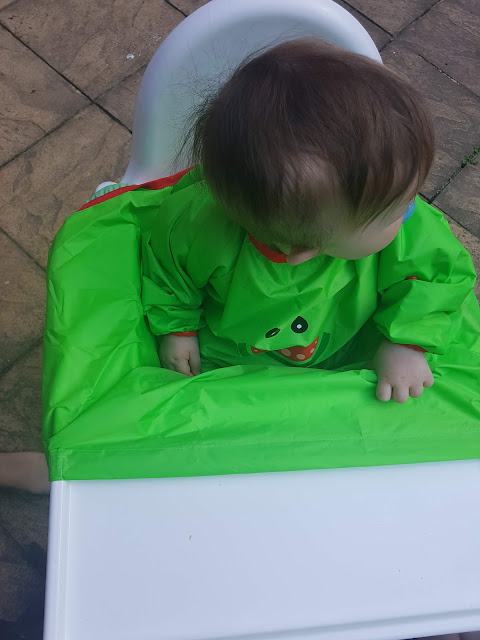 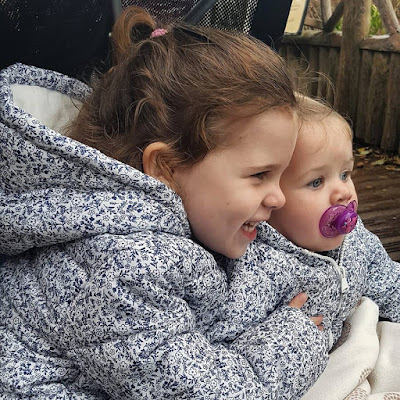 Need our help to upload or customize this blogger template? Contact me with details about the theme customization you need.